It’s the final call, say scientists, the most extensive warning yet on the risks of rising global temperatures.

Their dramatic report on keeping that rise under 1.5 degrees C says the world is now completely off track, heading instead towards 3C.

Keeping to the preferred target of 1.5C above pre-industrial levels will mean “rapid, far-reaching and unprecedented changes in all aspects of society”.

It will be hugely expensive – but the window of opportunity remains open.

After three years of research and a week of haggling between scientists and government officials at a meeting in South Korea, the Intergovernmental Panel on Climate Change (IPCC) has issued a special report on the impact of global warming of 1.5C.

The critical 33-page Summary for Policymakers certainly bears the hallmarks of difficult negotiations between climate researchers determined to stick to what their studies have shown and political representatives more concerned with economies and living standards.

Despite the inevitable compromises, there are some key messages that come through loud and clear.

“The first is that limiting warming to 1.5C brings a lot of benefits compared with limiting it to two degrees. It really reduces the impacts of climate change in very important ways,” said Prof Jim Skea, who co-chairs the IPCC.

What’s the one big takeaway?

“Scientists might want to write in capital letters, ‘ACT NOW, IDIOTS,’ but they need to say that with facts and numbers,” said Kaisa Kosonen, of Greenpeace, who was an observer at the negotiations. “And they have.”

The researchers have used these facts and numbers to paint a picture of the world with a dangerous fever, caused by humans. We used to think if we could keep warming below two degrees this century, then the changes we would experience would be manageable.

Not any more. This new study says that going past 1.5C is dicing with the planet’s liveability. And the 1.5C temperature “guard rail” could be exceeded in just 12 years, in 2030.

We can stay below it – but it will require urgent, large-scale changes from governments and individuals and we will have to invest a massive pile of cash every year, about 2.5% of global gross domestic product (GDP), the value of all goods and services produced, for two decades.

Even then, we will still need machines, trees and plants to capture carbon from the air that we can then store deep underground – forever.

What can I do?

The report says there must be rapid and significant changes in four big global systems:

But it adds that the world cannot meet its target without changes by individuals, urging people to:

“That’s a very empowering message for the individual,” she said. “This is not about remote science; it is about where we live and work, and it gives us a cue on how we might be able to contribute to that massive change, because everyone is going to have to be involved.”

“We can choose the way we move in cities and if we don’t have access to public transport – make sure you are electing politicians who provide options around public transport.”

The hottest that this location has ever been…

How much will all this cost?

It won’t come cheap. The report says to limit warming to 1.5C, will involve “annual average investment needs in the energy system of around $2.4 trillion” between 2016 and 2035.

Experts believe this number needs to be put in context.

“There are costs and benefits you have to weigh up,” said Dr Stephen Cornelius, a former UK IPCC negotiator now with WWF. He says making big emissions cuts in the short term will cost money but be cheaper than paying for carbon dioxide removal later this century.

“The report also talks about the benefits as there is higher economic growth at 1.5 degrees than there is at 2C and you don’t have the higher risk of catastrophic impacts at 1.5 that you do at two.”

How years compare with the 20th Century average

What happens if we don’t act?

The researchers say that if we fail to keep temperature rises below 1.5C, we are in for some significant and dangerous changes to our world.

You can kiss coral reefs goodbye, as the report says they would be essentially 100% wiped out at two degrees of warming.

Global sea-level will rise about 10cm (4in) more if we let warming go to 2C. That may not sound like much but keeping to 1.5C means that 10 million fewer people would be exposed to the risks of flooding.

There are also significant impacts on ocean temperatures and acidity, and the ability to grow crops such as rice, maize and wheat.

“We are already in the danger zone at one degree of warming,” said Kaisa Kosonen, from Greenpeace. “Both poles are melting at an accelerated rate; ancient trees that have been there for hundreds of years are suddenly dying; and the summer we’ve just experienced – basically, the whole world was on fire.” 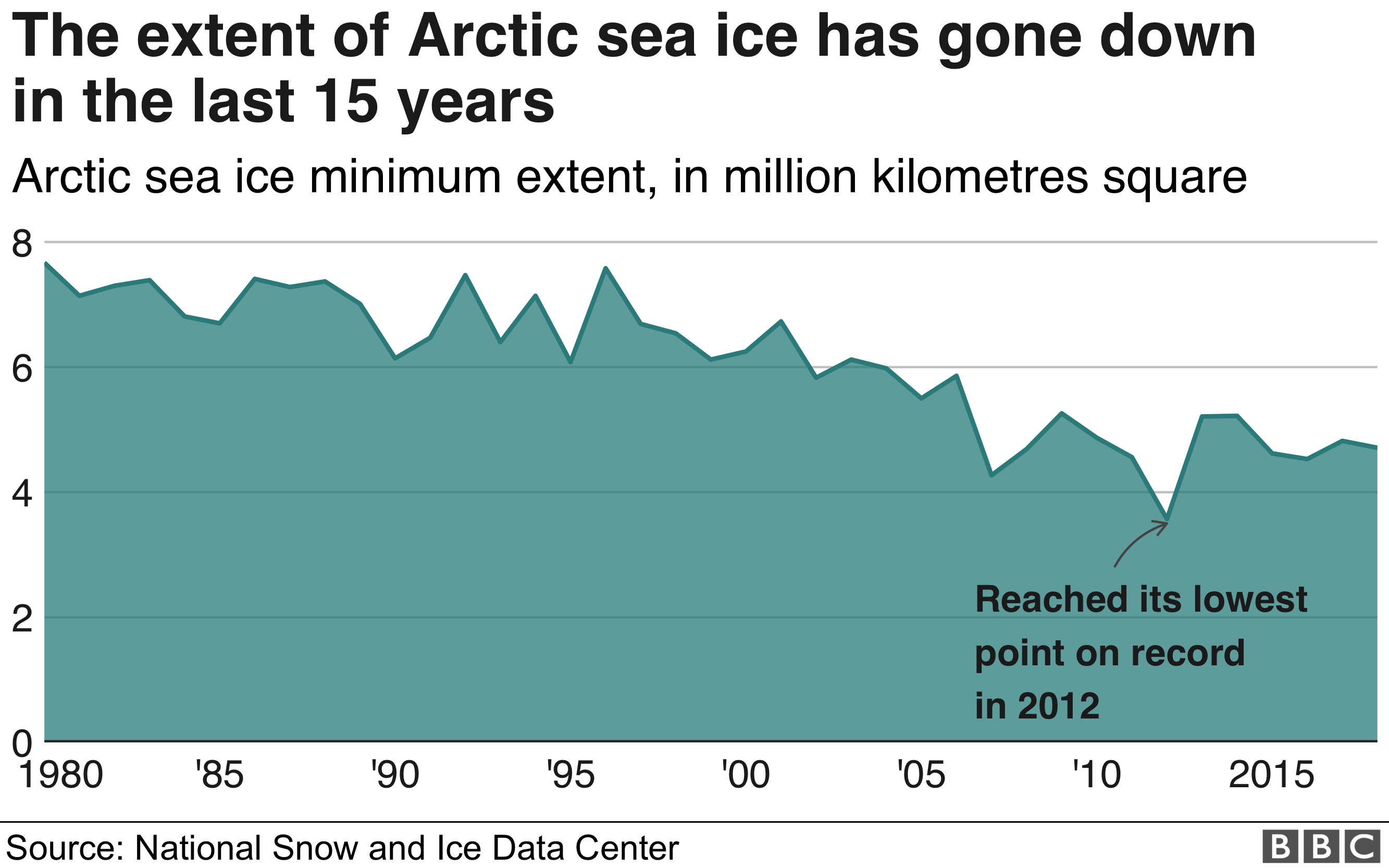 Is this plan at all feasible?

The countdown to the worst of global warming seems to have accelerated. Seriously damaging impacts are no longer on a distant horizon later this century but within a timeframe that appears uncomfortably close.

By the same token, the report’s “pathways” for keeping a lid on temperatures all mean that hard decisions cannot be delayed:

It’s mind-bending stuff and some will say it’s hopelessly unrealistic, a climate scientists’ fantasy. So is any of it plausible? On the one hand, the global economy relies on carbon and key activities depend on it. On the other, wind turbines and solar panels have tumbled in price and more and more countries and states such as California are setting ambitious green targets.

Ultimately, politicians will face a difficult choice: persuade their voters that the revolutionary change outlined in the report is urgently needed or ignore it and say the scientists have got it wrong.

Is all this about saving small island states?

The idea of keeping the global temperature rise to 1.5 is something very close to the hearts and minds of small island and low-lying states, which fear being inundated with flooding if temperatures go to two degrees.

But over the three years that the report was in preparation, more and more scientific evidence has been published showing the benefits of staying close to 1.5C are not just for island nations in the Pacific.

“If you save a small island country, then you save the world,” said Dr Amjad Abdulla, an IPCC author, from the Maldives. “Because the report clearly states that no-one is going to be immune. It’s about morality – it’s about humanity.”

How long have we got?

Not long at all. But that issue is now in the hands of political leaders. The report says hard decisions can no longer be kicked down the road. If the nations of the world don’t act soon, they will have to rely even more on unproven technologies to take carbon out of the air – an expensive and uncertain road.

“They really need to start work immediately. The report is clear that if governments just fulfil the pledges they made in the Paris agreement for 2030, it is not good enough. It will make it very difficult to consider global warming of 1.5C,” said Prof Jim Skea.

“If they read the report and decide to increase their ambitions and act more immediately, then 1.5C stays within reach – that’s the nature of the choice they face.”

Campaigners and environmentalists, who have welcomed the report, say there is simply no time left for debate.

Link to the article: https://www.bbc.com/news/science-environment-45775309

The Future of Water